The salesman, Rick Tomlinson, had previously worked in construction and seemed a great fit for Glover’s condominium association management firm, but Glover wanted to be sure. So, he sent his wife and daughters to the showroom to see how Tomlinson treated them.

When he passed that test, Glover returned by himself, this time offering cash for a better deal on a bike. Tomlinson turned it down, explaining that he’d already offered the best price he could. That was all Glover needed to hear.

“I keep my eyes open all the time for honest people,” he explains. “You might meet them at a restaurant, Home Depot, or a trade show. You never know when you’ll run into someone who has the right chemistry for the job.”

Glover attributes LMI Management’s success to his focus on putting the right people in the right jobs. The Mentor-on-the-Lake-based company, which manages finances and contracts for property associations as well as provides maintenance and construction services, doubled its annual revenue from $1 million to $2 million between the end of 2009 and the end of 2010.

Glover, 37, started the company by himself 14 years ago. At the time, he was living in a Willoughby condominium development that suffered from poor customer service. He says it would often take the condominium association’s management company up to a week to call back, and improvement projects around the grounds were constantly being delayed because of contractual disputes. Glover saw the opportunity to do a better job.

He’d held a number of jobs at the point in his life, including Radio Shack manager, but Glover had always wanted to own a business. So he bought a number of condominium management contracts, including the one where he lived, and launched LMI Management.

He started with approximately 350 units at seven or eight different properties and, for a while, money was tight. In 1997, Glover drew a salary of just $9,000. But the business grew steadily, adding more management contracts than it lost every year.

Today, LMI manages about 2,000 units at 33 properties and does business in six counties. Its greatest financial growth, however, has come from the additional divisions that have been added to the company since its inception, including maintenance and construction divisions.

“If grandma couldn’t reach the light in her chandelier, I would help her out,” Glover says, adding that he once offered free maintenance to the owners of the condominiums his company managed. “They trusted me to come into their homes because I was already being trusted with the money for the association.”

Eventually, Glover started publicizing LMI’s maintenance services, and the workload grew. The company now employs seven full-time workers to keep up with demand, and the success of LMI’s maintenance arm has led to the creation of a construction division that will re-roof, repair siding, remodel kitchens and bathrooms, finish basements, and add additions. This past year, the division completed a large contract to gut and refinish a large portion of a condominium complex.

Much of the company’s dramatic revenue growth in the past year has come from the maintenance and construction divisions, Glover says, but he is quick to caution that success — business or otherwise — can’t be judged solely by the bottom line.

Make sure you understand why you are starting a business because eventually the wear and tear of that 24/7 grind will override the initial desires of starting a business if you didn’t have the right intentions in the beginning. You will burn out if you forget why you wanted to do it in the first place.

Get a mentor, which isn’t something you exactly go interview for, and it doesn’t have to be in your field. Mine is Tim McCarthy. He leads a nonprofit in Ashtabula called the Business of Good. He is completely dedicated to charity.

Consistent employee training is extremely important. It’s not about training in classes and schooling but how to take care of your customers. 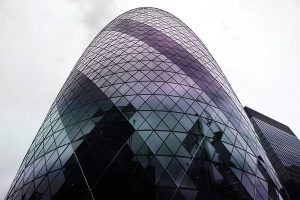